What a privilege was afforded to me. The year before, my contact had asked if I could. The director had raised his eyebrows and considered it. After a thoughtful moment he said, “Probably not.” Then, he added, “Maybe, next year.” It was now that “next year.” I am going to teach the principles of spiritual warfare in…yes…a government seminary in this declared atheistic country!

I had been told that in many of these seminaries that the director, professors and students often weren’t even Christian! The students were just preparing for a new position with job security and government pay.

But it was quickly ascertained that at this seminary things were different. The director was also the pastor of a 2000-member church. And had facilitated the construction of the first wing of a three-story hospital. While I was there, at a state luncheon, he was given the deed to a parcel of adjacent land for building an orphanage. Was that time arranged thus for this foreigner to be duly impressed? 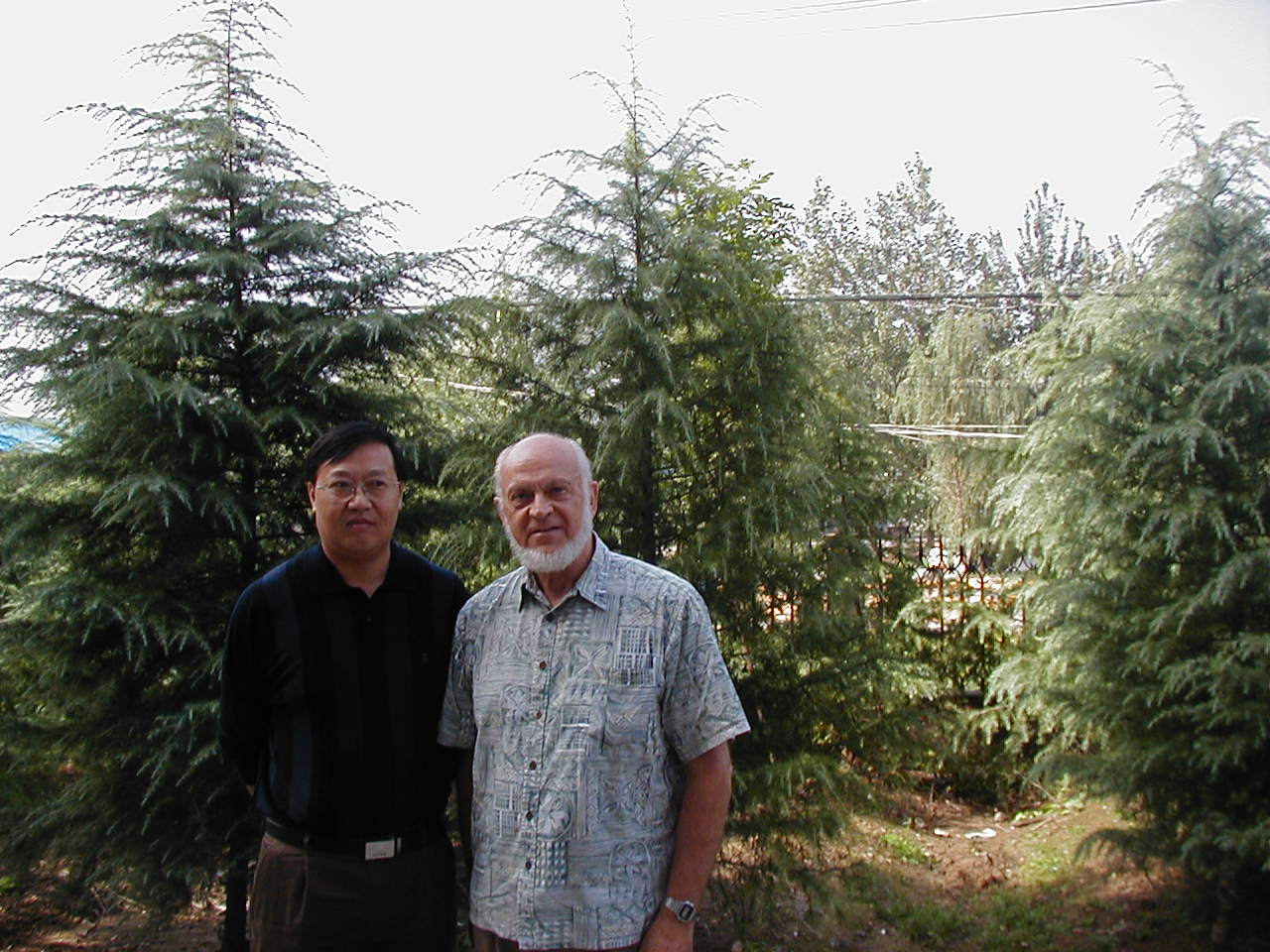 He already had the land given to him by the state for a senior citizens home. For, as the youth of this country were racing to the cities to obtain their share in the “good life”, they were leaving the elderly to fend for themselves, destroying in one generation the custom and culture of centuries where the younger generation cared for their elderly. From the roof of the seminary, the director pointed out another track of land reserved for family units of those who would work in these facilities.

I did not ask, and no one told me what I could share. For, ordinarily, schools and churches under the control of the government are limited in their subject matter. But not here! With the excellent work of my translator, day by day, Scripture came alive in the minds and hearts of students preparing to pastor the country’s legal churches. They were learning how to live in the victory Christ won on Calvary, thus giving them the authority to battle for the souls of lost humanity. My translator had taught this material so many times, I would jokingly ask her to present the lessons without me. We worked well together.

The Director of Economic Development visited with me one afternoon. He showed me the projects planned for this region. And the prospectus of investment possibilities. Then, he invited me to dinner. We arrived to find that he had also invited his assistant. Oh, I had not mentioned that this Director was attending the classes! Yes! He was following in his government stamped Bible along with the students.

As he introduced his assistant to us, he said, “Now, he is not a Christian. His mother does have a Bible, so he knows about the things of the Lord.” We saw this as an invitation to ramp up the discussion on spiritual things. Which we did. We listened to his “philosophies”. And he listened to the Word. It evidently was getting too hot, for after some time, the Director interrupted. With his open hands up, motioning for us to stop, he said, “Neal, you need to realize that it is difficult to be a Christian and a member of the Communist Party at the same time.” Still in shock at his boldness of declaring himself a Christian in front of his assistant, he added, “But when I retire, I will be working for the Lord, full time.” And we let the conversation cool down to more mundane subjects.

Another evening, the Governor of this large industrial region, took us for a tour of the funeral grounds of the founder of this mighty country. He even showed us the hole in the wall of the tomb used to help a couple know if they were pregnant with a boy or a girl. The wife was to put the ring finger of her right hand into the hole. If her finger reached to the end of the hole, it would be a boy! If not—a girl! The statistical accuracy was not to be questioned! He had also arranged for a momentary hand-shake meeting with the Party secretary. Then we were off to a dinner. He, in his chauffeured limo and us in a government van.

We were ushered into a plush, richly positioned private restaurant room in a secluded hotel. The Governor took his place at the far corner of the room, opposite the door. Though we felt no danger here, traditionally the leader would take that place so he would be the first to see who might enter—uninvited. He motioned me to sit at his right hand. An honor, I presumed. My translator sat at my right. The Director and one professor took their places to the left of the Governor. With their backs to the door, but closest to that door, sat the Governor’s two “friends.” No doubt, from the bulges in their jackets, his bodyguards. Next to them sat his chauffeur. The driver of our van was not invited in.

Food and more food was placed on the large “lazy susan”, giving us each access to the special platters. We followed the lead of the Director. Pungent odors of delicious morsels of exquisite cuisine wafted around the room. And, as one platter was emptied, another was served by the attentive waiters.

Again, the things of the Lord became the dominant theme. Yet, as the discussion got going, I was left out. Too much was being said too fast for my translator to keep me up to pace. Soon she stopped trying. But it was obvious that the words were being seasoned with salt, for halfway through the dinner, the Governor set his chop sticks down on their ceramic holder and turned toward me. The room quieted down. I set my sticks on their proper place. And turned toward him.

With slow, deliberate, thoughtful words, in English, he asked, “Neal, what are the basic principles of Christianity?” Such a simple sentence.  Such a profound request. It hit me like a bomb shell—a mind-boggling moment, pregnant with opportunity—an eternity-defining query.

In that instant in time, there was no one…there was nothing…as significant than how that sincere, uninhibited question would be answered. Here is a man raised in an atheistic, Godless philosophy. A man who had risen to a position of authority within that system of thought, a man who has signed a document declaring that there is no God, just asked about the most profound, yet most basic question of life. He was not asking for a theological dissertation. He was not asking for personal opinion, just the bottom line, the basic principles of Christianity.

Certainly, the answer must be found in Scripture. And it was. Now, there is no doubt that any number of Scriptures would have been appropriate. John 3:16 tells of God’s love and His Son’s death, giving us eternal life. A brief history of creation, the fall, and redemption might be adequate. But it wasn’t my call. Without a second’s hesitation, the Holy Spirit brought the specific, “It is written” to my mind the He wanted me to use. For, His word that goes forth from His mouth will not return void but will accomplish the purpose for which it was sent forth. It would be great if we were always conscious that the words we speak were chosen by the Lord; that we would always have a quiet and reverent answer for the reason of the hope that lies within us for every questioner. This time I did.

After a deliberate pause for emphasis to the importance of the answer, I slowly quoted I Corinthians 15:3-4: “Christ died for our sins, fulfilling the prophetic Scriptures, was buried, and rose from the dead on the third day, again fulfilling the prophetic Scriptures.” He paused. No doubt, he was trying to compute such simple, yet profound a philosophical foundation. He was nodding his head in obvious deep thought. All conversation had stopped. We were waiting to hear his response. After a long moment, it came: “Those are very difficult principles to believe.” I replied, “Sir, possibly for now, yes. But I assure you, that they are true, for they are God’s Word.” A Seed of God’s Word had been planted in a seeking heart.

He picked up his chop sticks. And so, did I. And the meal continued.